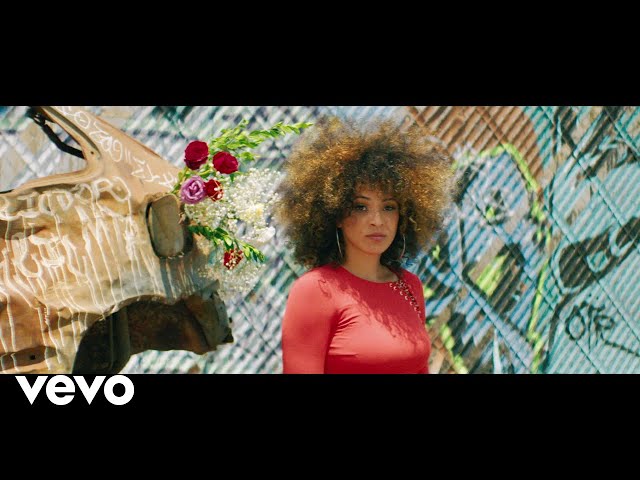 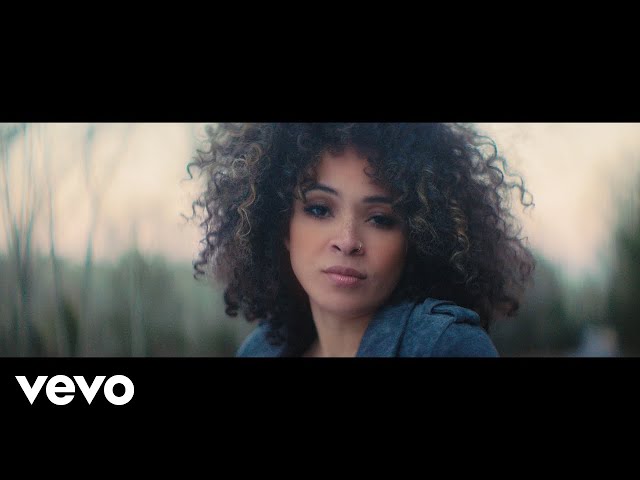 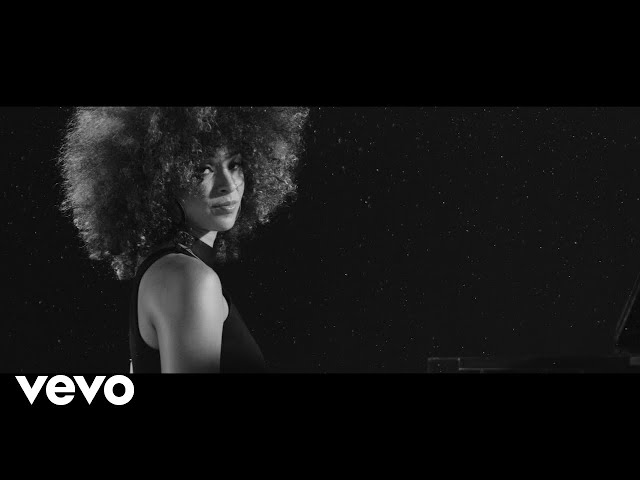 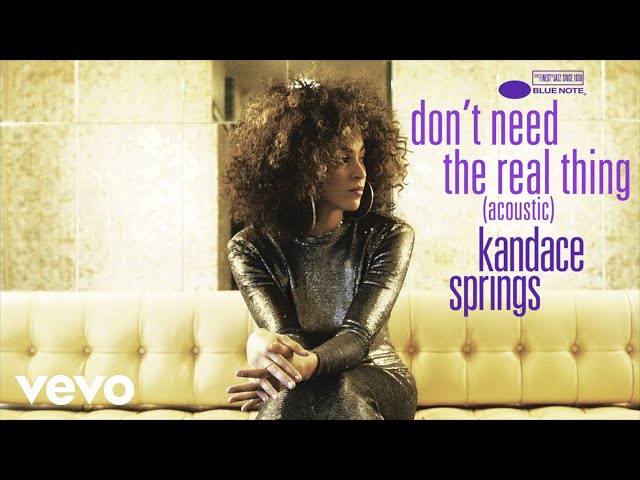 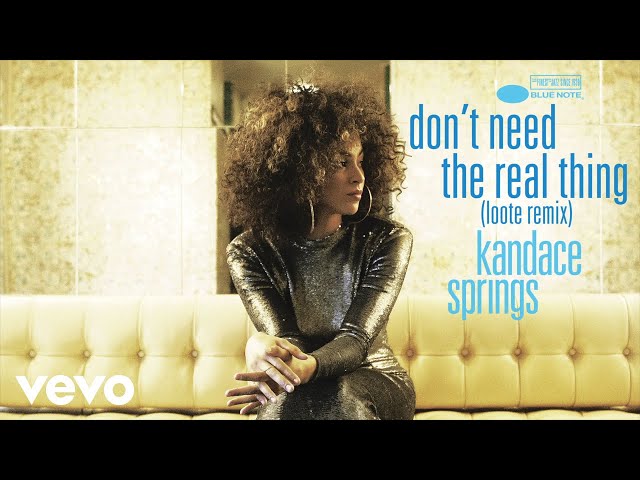 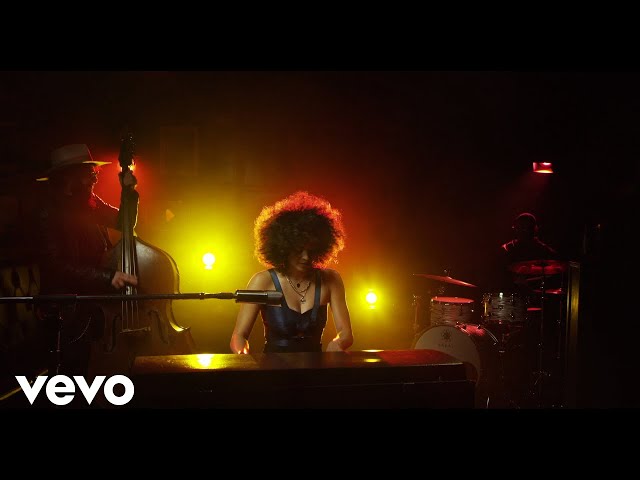 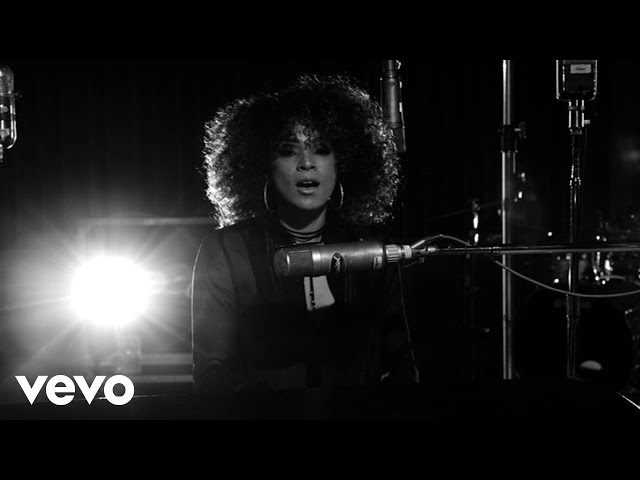 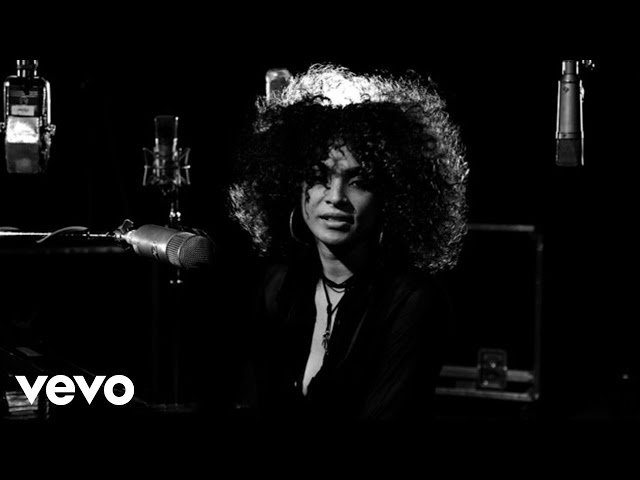 Kandace Springs – Thought It Would Be Easier 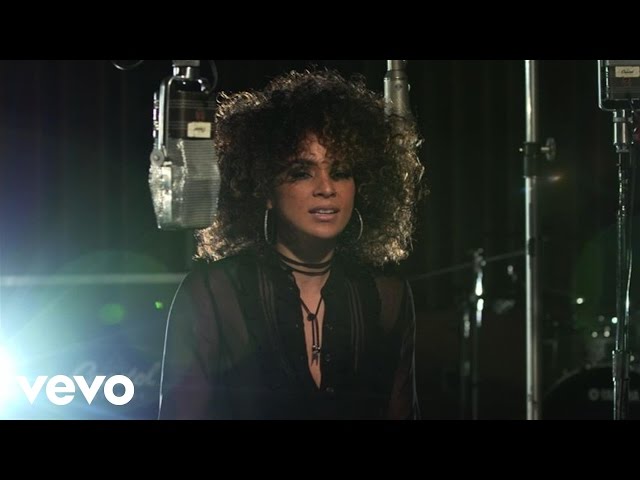 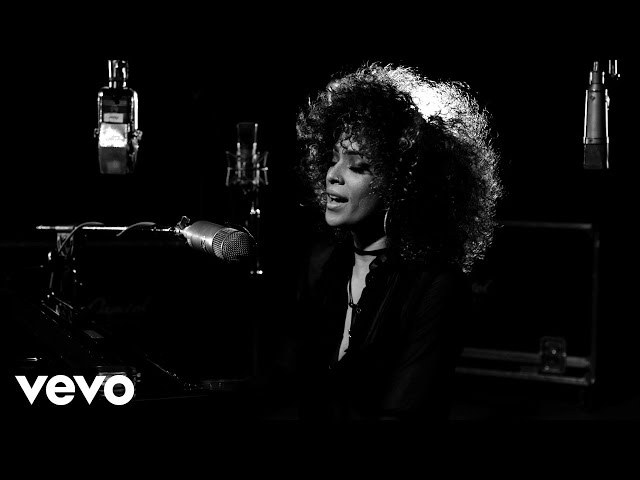 If Kandace Springs‘ new album Indigo sounds like something new, that’s because it is. Simple while funky. Classic but contemporary. Straightforward in the way it breaks down complex ideas and genres. And, at the end of the day, undeniably human. That said, it isn’t quite a rebirth for the Nashville-born artist, who after stints living in New York and Los Angeles has returned back home to Music City. She’s long had that lithe and smoky voice and an intensely expressive mastery over the piano. For those paying attention, Kandace’s second album finds her unleashing what was there all along, all at once, for the first time.

For Kandace it boils down to a question that connects past to present: “What would Nina Simone do if she had the technology of today? You could never put Nina in a box—she would do a blues followed a classical piece, a jazz standard and then a Beatles cover. This LP took a lot of inspiration from that—it’s a mix of everything that I am.” Indigo offers a fairly plausible answer to that impossible query: songs that swirl classical composition with quiet-storm cool, jazz poise with hip-hop swing, tropical warmth with soulful depth, and earthen groove with airy psych. With all but two of the tracks here produced by the mighty drummer-producer Karriem Riggins—the living bridge spanning Oscar Peterson and Diana Krall to Erykah Badu and J Dilla—Indigo creates a vibe as familiar as it is previously unheard.

Take “Indigo Part 1,” and “Indigo Part 2,” a pair of interludes that give the album its title, where allusions—Rachmaninoff, Portishead, Sade—emerge and melt into the liquid soundscape. It feels like magic. And then there’s “Don’t Need The Real Thing” with a breezy dancehall beat that’d sound at home in today’s Top 40, except far more musical and almost hypnotic in its combination of plaintive bass and busy percussion. Kandace’s versatility is underscored when one juxtaposes “Breakdown,” a pop ballad stunner that Kandace co-wrote with the track’s producer Jamie Hartman (Rag’n’Bone Man), and “Unsophisticated,” a sultry jazz ballad that features Roy Hargrove‘s trumpet playfully intertwined with Kandace’s voice and keys.

Ask our heroine how Indigo became the name of the entire project and she replies, with an air of mystery, “The album is an exotic flower, its own kind.” The more you listen, the more that makes sense. In fact, she could be describing herself.

Kandace grew up the bi-racial daughter of a soul singer in a country-western town. Her dad Scat Springs had his own band but also sang backup for an incredible array of musicians: Brian McKnight, Chaka Khan, Aretha Franklin, Michael McDonald, Donna Summer. He did voices on Nashville radio too, while Kandace’s mother had a full-time gig raising three talented daughters at home. Kandace’s first passions were drawing and cars. “My dad gave me a Matchbox muscle car and my mom gave me a Barbie,” she says. “I drew a mustache on Barbie and never played with her again. I still have the Matchbox.”

She collects, rebuilds, and resells cars to this day, but her plans to one day study automotive design were put on hold at age 10 when Scat brought home an upright piano (side note: Kandace still plans to pursue her dream of going to automotive school one day). She couldn’t leave the keys alone, and soon mom started taking her to lessons, while dad let her tag along to sessions and led his own three-girl choir in the living room. “He’d make us do hymns but we hated it,” Kandace laughs. “We’d be singing and crying at the same time.”

Her father instilled in Kandace a love of the greats—Nina of course, but also Ella Fitzgerald, Eva Cassidy, Luther Vandross—and eventually they grew closer than ever through music. He helped her record a demo at 15 and got it into the hands of the production team Evan Rogers and Carl Sturken, who have written hits for the likes of Shakira, Christina Aguilera, and Kelly Clarkson, and are best known for discovering Rihanna as a teen and signing her to their production company SRP. They offered Kandace a deal but it was too much, too soon. “My dad said, ‘If you sign with these guys, I’ll never get the chance to make an album with you,’” says Kandace. “I’m so glad I waited.” She and Scat made that album when she was 17 and though it was never released, a piece of it appears on Indigo. Scat suffered a stroke in early 2017 that rendered him unable to sing, so she pulled one of his original vocals from their record and set it to new music. Powered by her signature Rhodes electric piano, “Simple Things” is the beating heart of this LP.

When the time came, Evan and Carl got Kandace into Blue Note Records to audition for president Don Was. She performed a Bonnie Raitt song that he’d originally produced, and he was sold. Her 2014 self-titled EP found her teaming with cutting-edge hitmakers like Pop & Oak and won her late-night TV appearances on Letterman, Kimmel and Fallon, plus sets at festivals like Bonnaroo and Afropunk. Her 2016 full-length Soul Eyes took a different tack. Grown, stripped, and refined, it was essentially a live album—solid, unfussy bedrock for future experimentation. All that history, and the fact that she featured on a couple Ghostface Killah cuts, made Karriem exactly the right person to work with Kandace to catalyze the best parts of various interests into something new.

“I love crossing genres and the direction on Indigo was to marry all the different things to tell her story,” says Karriem, who tracked his drums at various studios while on the road with Krall, and chopped and reassembled his and Kandace’s recordings into what you hear. “It sounds organic because everything was built around the songwriting. She says so much on the piano, and her voice is amazing—it’s the focal point of the whole sound. I kept it simple, added a little punch.”

Kandace also co-wrote several songs with her longtime collaborators Evan and Carl including “Piece of Me” which finds Kandace channeling Sade to stunning effect. The three also wrote “Fix Me” together, taking inspiration from Chopin’s Prelude No. 4, and the groovy lament “Love Sucks” which was produced by Evan and Carl along with the UK’s Jimmy Hogarth (Amy Winehouse, Corinne Bailey Rae).

Some of Indigo‘s greatest songs are its most unadorned: “Black Orchid” highlights the acoustic strum of guitarist-songwriter Jesse Harris (who struck Grammy gold with Kandace’s early hero Norah Jones by penning her breakout hit “Don’t Know Why”); a cover of The Stylistics’ “People Make the World Go Round” drifts languidly over Karriem’s drum programming; the remake of Gabriel Garzón-Montano’s “Six Eight” is molasses slow and crystalline pretty; and the Roberta Flack-popularized torch song “The First Time Ever I Saw Your Face” (a crowd favorite at Kandace’s live shows) radiates light from the white space between notes. That one was special for Kandace. “Prince picked it for me to play for Purple Rain‘s 30th anniversary at Paisley Park in 2014,” she says. “His band played behind me. He stood off to the right. It’s something I’ll never forget.” That was Kandace’s first big break. The legendary artist saw her on YouTube before she’d released a single note and invited her out. It’s testament, again, to the power and potential that’s been in Kandace this whole time.

If you listen closely, you’ll hear a nod to Prince in the lyrics of “Fix Me,” but the best tribute she could pay to him, Ms. Simone, and the humble legacy of the man who introduced her to music, her father, is by, as Karriem words it, “creating something that adds to the art form.” With Indigo, an album that couldn’t have been made by anyone but her, Kandace Springs does exactly that.